The Saldanha Bridge in the Western Cape is one of the most strategically important roadways in the region. The bridge underwent construction in recent years, which facilitated the extension of the road running from Langebaan to Saldanha. This road allows single lane traffic in each direction. 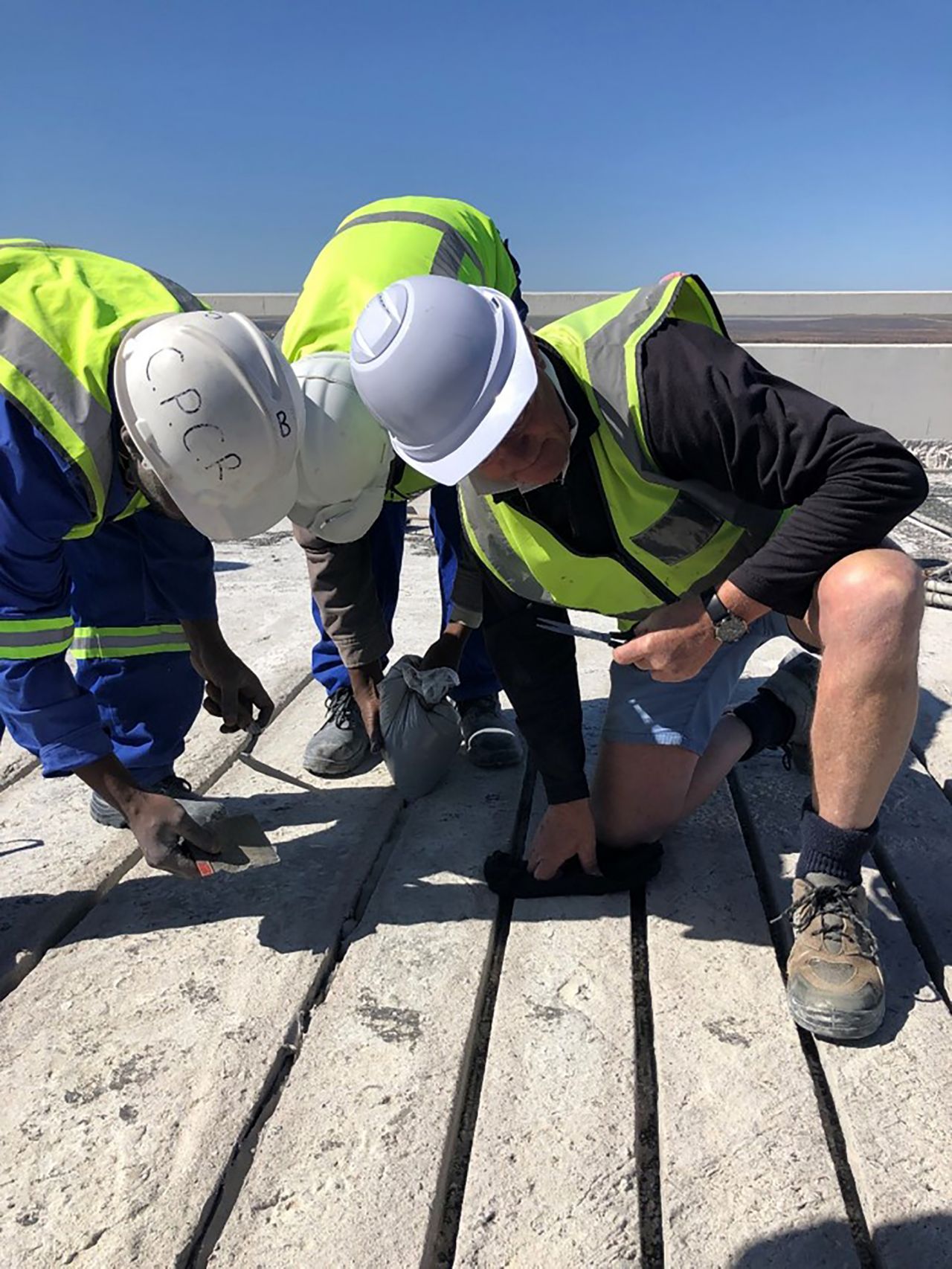 Due to miscalculations of top-steel installation, when initially built, the newly developed road needed a revamp. The Provincial Administration of the Western Cape had to decide if they would rebuild the entire bridge, at an approximate cost of 9 million Rands over a period of 6 months; or the alternate of refurbishing the existing bridge, at an estimate of 2 million Rands over a 3-week period. They settled on the latter. RHDHV Engineers, together with the main contractors, Power Construction, took this project head on and chose Sika products for the bridge refurbishment.

The first step in the repair process, was to cut 1.4km of longitudinal slots into the concrete bridge deck, with concrete cutting equipment. These slots were specifically created to carry near-surface mounted carbon fibre rods, which would compensate for the missing rebar. At the same diameter, the carbon fibre rods have a tensile strength six times that of structural reinforcing, giving it the ability to carry very heavy loads. As they are near-surface mounted, they can be placed onto trafficked surfaces without being damaged, which is ideal for a roadway of this nature. Sikadur®- 30, an adhesive for structural bonding, particularly in external structural strengthening, was used to bond the carbon fibre rods into the slots. The advantages of this high performance adhesive is that: it is easy to mix and easier to apply, requires no priming prior to application, and has high creep resistance under permanent loads, which is critical in structural applications that carry a high volume of loads.

The star product of this project was the Sika Carbodur BC-16 carbon fibre rods, designed for structural strengthening of concrete, timber, and masonry builds. The 16mm diameter Sika Carbodur rods have a sanded finish to give added mechanical key. They were flown into South Africa, at minimal cost, due to the exceptionally low weight of the product. The rods were glued into place using Sikadur®-30 Epoxy mortar, and trowelled flush with the deck surface. On completion of the near-surface mounted carbon fibre rod application, the subsequent road surfacing could commence. The key elements of Sika Carbodur BC-16 are its resistance to any form of corrosion, its incredibly high tensile strength, and its light weight. It’s quite easy to install - no surface preparation is required. It has an improved resistance to fire, due to it being embedded in the concrete surface. It is used to  improve the performance and resistance of structures, for increased load carrying capacity, which in this case, is daily. There can be no doubt this was the best purpose-product for the specified outcomes.

Initially, the Provincial Administration of the Western Cape were not keen on the idea of using this new technology on the bridge. They deemed that it was a repair to a brand-new bridge, and they did not want a “repaired structure”. Sika technical specialists met with the head of PA and explained that the proposed repair would increase the durability of the structure. The latter finally agreeing it would be the best option.

The project was successfully completed within a short period and there is no doubt the repairs will stand the test of time. No bridge is too far for Sika!